In the beginning, there was testing. No one distinguished between exploratory and scripted testing. Jerry Weinberg’s 1961 chapter about testing in his book, Computer Programming Fundamentals, depicted testing as inherently exploratory and expressed caution about formalizing it. He wrote, “It is, of course, difficult to have the machine check how well the program matches the intent of the programmer without giving a great deal of information about that intent. If we had some simple way of presenting that kind of information to the machine for checking, we might just as well have the machine do the coding. Let us not forget that complex logical operations occur through a combination of simple instructions executed by the computer and not by the computer logically deducing or inferring what is desired.” 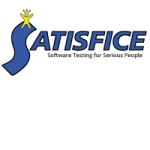 Exploratory Testing 3.0
[Authors’ note: Others have already made the point we make here: that exploratory testing ought to be called testing. In fact, Michael said that about tests in 2009, and James wrote a blog post in 2010 that seems to say that about testers. Aaron Hodder said it quite directly in 2011, and so did Paul…
https://www.satisfice.com/blog/archives/1509
Learn More

Rapid SoftwareTesting Managed (RSTM) Excellent testing is an open investigation by skilled technical people. Excellent test management requires you to center on the people who do testing—their skills, behavior, and relationship to the rest of the development process. This class will help you to be a better test manager. RST Managed course description – pdf

Bring Rapid Software Testing to you: Request a Private Class